Hammerglass AUTOMOTIVE has a wide range of screens with a focus on a safer driver environment. Here we answer the most common questions about our products. Feel free to contact us if you do not find an answer to your specific question.

Hammerglass® is a durable and optically clear polycarbonate sheet, 300 times stronger than glass – and virtually unbreakable. Hammerglass screens are coated with a hard layer of silicon oxide which protects against scratches and wear and tear. The surface coating also provides 99.96% UV protection, which prevents Hammerglass screens from clouding or becoming discoloured over time. Hammerglass does not contribute to the spread of flames in case of fire.

How good is the optical quality of Hammerglass®?

A 12-millimeter Hammerglass window has the same high level of optical quality as windows in helicopters and aircrafts.

What is the heat reduction with Hammerglass IR?

How to get rid of static electricity?

Static electricity on Hammerglass windows disappears if the windows are washed with water with a little rinse aid (ordinary washing machine rinse aid).

How to order Hammerglass?

Sales are made through resellers, our web shop or Hammerglass AB directly. We are happy to answer questions, and actively participate in the product development of new solutions.

RABS are abbreviations for the European standards

The RABS designation for vehicle screens, indicates that the screens satisfy requirements relating to personal protection during work involving a risk of encounters with undetonated explosives and falling rocks, and during quarrying activity.

What is Hammerglass RABS?

Hammerglass RABS is a protection against explosives for excavators and wheel loaders, consisting of 12 mm Hammerglass in a sturdy RABS approved steel frame and a 4 mm replaceable sacrificial screen.

The RABS frame has been tested and approved in the same way as cabin protective grilles (FOPS-test ISO EN 3449:2005 Level II). There is no need for additional grilles, not even in the toughest environments.

What is Hammerglass ScreenSaver protective screen?

How is condensation avoided when changing the Hammerglass ScreenSaver protective screen?

When changing the ScreenSaver screen, the absorbent strip also must be replaced. If this is not done, there is a risk of condensation because the air that is trapped between the screens contains moisture.

What is Hammerglass ScreenSaver protective film?

Does the Hammerglass ScreenSaver film work when hammering rocks?

What is Protection Class 1?

The original front window and/or the side windows of a wheel loader, excavator, tractor etc. are replaced with 8 mm Hammerglass screens, which are fitted in the same way as the original screens.

What is Protection Class 2?

What is Protection Class 3?

Hammerglass Protection Class 3 means all screens are replaced with 12 mm Hammerglass screens. In addition the front window is fitted in an explosion tested steel frame (RABS approved). All class 3 packages have an evacuation solution.;

Are there escape windows in Protection Class 3?

All Hammerglass class 3 packages comes with an evacuation solution. 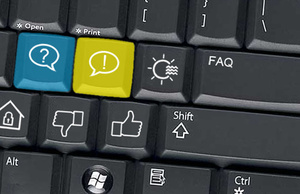 There are several different types of glass that are marketed as "security glass" or "safety glass". Here we answer the most common questions about glass and our products. 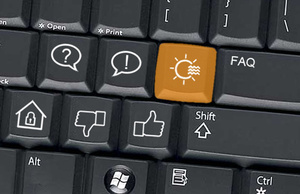 Learn more about U-value and g-value

You may know that U-value and g-value are related to how energy efficient a window is. But what exactly is what? We sort out the concepts! 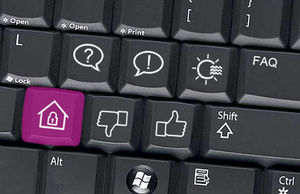 Choose the correct protection based on the threat. Identify the property's protection needs. Is the primary purpose to improve personal protection or to prevent vandalism or burglary? Learn more... Read more

Here we answer the most common questions about AUTOMOTIVE screens. Feel free to contact us if you do not find an answer to your specific question.

Plexiglas, acrylic, polycarbonate... What is what?

In everyday speech, plexiglass is often used as a term for all types of plastic sheets - but is this really correct?